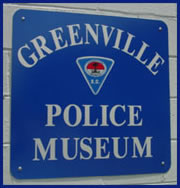 By 1938, the department had 16 officers and was located on Broad Street. During the next several decades, motorcycle officers, a traffic division and plainclothes investigators were added to the department.

After World War II, the Department of Police, as it had been renamed in 1921, began another period of growth. The walking beat was slowly phased out with the advent of radio communications in 1952. Traffic enforcement expanded tremendously, and the first radar unit was put into operation.